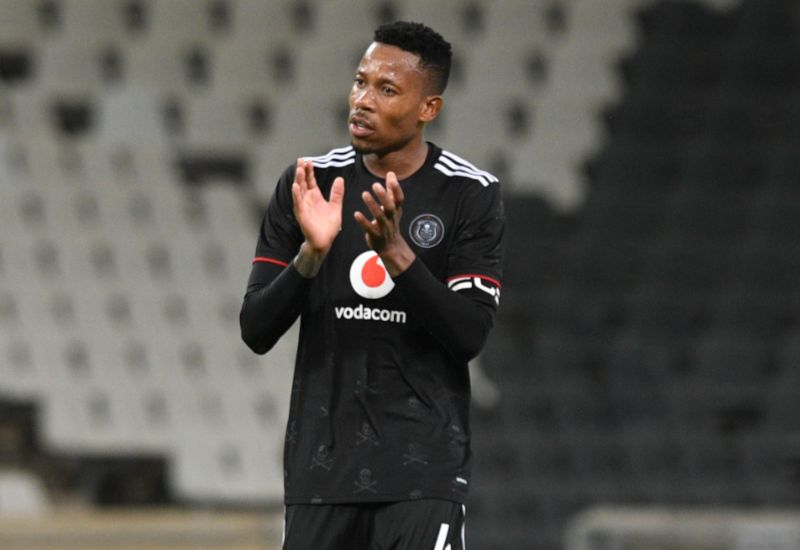 After 16 amazing years with us, we bid farewell to our future Hall of Famer.

Our central defender and Club Captain, who has reached the end of his contract, will be leaving the club. This marks the end of Happy Jele’s momentous career with us.

Orlando Pirates Football Club can confirm that Happy Jele met with the Chairman of the Club at the end of the 2021/22 season to discuss his future. During these deliberations, which spanned a three-week period, the Club discussed various job options available to the long-term serving defender in a non-playing capacity.

Subsequent to this meeting, the 35-year-old was afforded time to go home and think about it.

Ordinarily, players are released at the end of the players’ contract but in Happy’s case, as he has a special place in the Club, having served the Club so professionally over the past 16 years, the Chairman had specifically asked the player for his input.

A follow-up meeting was held two weeks later where Happy expressed his intensions to continue playing football beyond the 2021/2022 season, an option that unfortunately is not available.

Everyone at Orlando Pirates Football Club would like to express the enormous gratitude to Happy Jele and wish him the very best of luck for the future.

Happy arrived from the amateur club Walter Stars in 2006 as a lanky and unassuming 19 year old. Today, he leaves a place he has called home for the past 16 years as a legend, captain, husband and father.

Happy is a special character who has answered every call the Club has made of him throughout the years which is why he has a future at the Club beyond his playing days.
Everyone at Orlando Pirates Football Club would like to express the enormous gratitude to Happy Jele and wish him the very best of luck for the future.

Foster and Monyane on target in Zambia