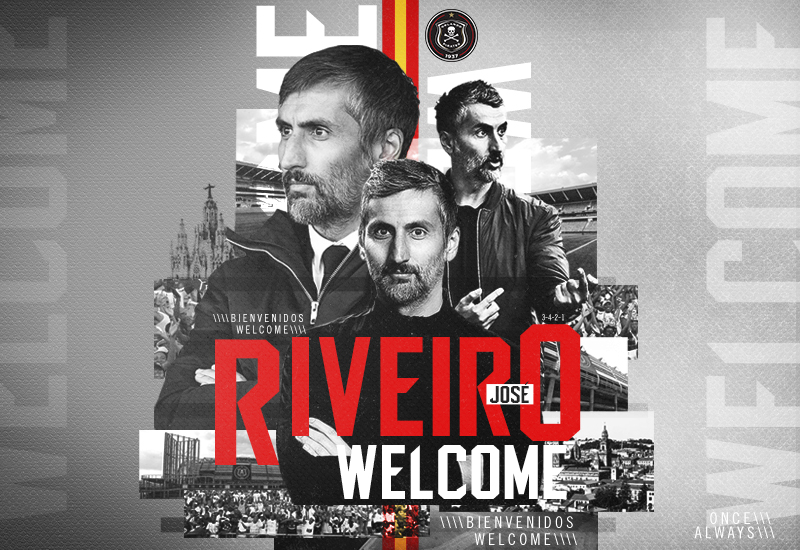 Orlando Pirates Football Club is pleased to announce the appointment of José Riveiro to the position of Head Coach. Riveiro joins Pirates on a three-year deal.

Riveiro is delighted to join the club and says he is looking forward to the challenge ahead.

“First of all, I would like to send a greeting to all the fans of Orlando Pirates. I am delighted to have joined the club. The Pirates project is an exciting one and I look forward to what lies ahead. It is an honour for me and my colleagues to have the responsibility to coach such an institution and compete for the highest goals.”

A modern, progressive coach with exciting, attacking football as his philosophy, the 46-year-old, will join the squad for preseason once all the relevant documents are processed.

As he joins the Mighty Buccaneers, Riveiro is under no illusion of the high expectation that comes with the job especially in the season the club will be marking its 85th Anniversary.

“Along with my support team, we are looking forward to arriving and joining the task force and the group of players to start working immediately.”

“We are going to work to make history together and build a team that we are all proud of.”

Riveiro’s last stint as a coach was at FC Inter Turku where he led the Black and Blues from 2019 to 2021.

The newly appointed coach will be assisted by Sergio Almenara and Mandla Ncikazi. Miguel Bellver Esteve as Fitness Trainer and Tyron Damons as Goalkeeper Coach.

Bucs through to TKO quarters